We left Logroño and headed NW towards our next stop San Sebastián. Driving through the Rioja area we were astounded by the landscape. Vineyards everywhere which seem to sprout out of dusty red soil, they fitted any little parcel of land to be found. It’s really a different landscape to Italy. Then all of sudden you reach a green valley full of cultivated land of vegetables growing all around. 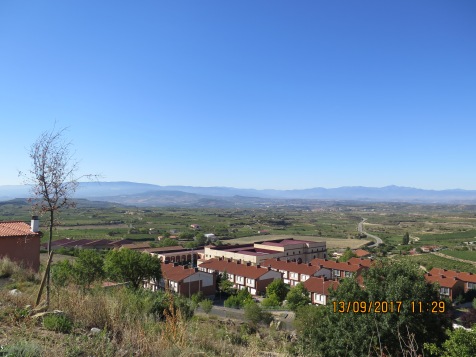 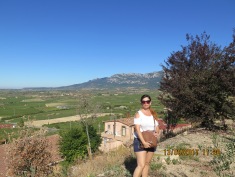 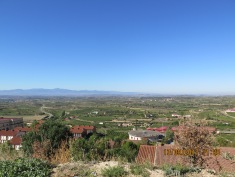 a view over the valley, Rioja

On the way we stopped off in  Laguardia, one of the towns in the “Ruta del vino Rioja -Alavesa”.

Part of our new strategy to save the booodget is to make sure we are fully brushed up with knowledge of the tourist sites, when we get there take pics and explore the area; only pay the quite often expensive, for very little, entrance price if we feel it is justified. We watched the bell tower with its dancing puppets in the Plaza Mayor chime on the hour….free, we visited the tower from the outside, free.

If you visit Laguardia, I also suggest you investigate the underground caves as well as the celtiberian pond, both sounded very interesting but we didn’t have time.

Next stop along the way was in an until recently little known village, Elciego.

This has all changed since the unveiling of which is fast becoming Rioja’s iconic ( and I use the word sparingly)  symbol. This is the Frank Gehry designed City of Wine  at the bodega Marqués de Riscal. Gehry,  a World renowned Canadian  architect also designed the iconic ( again?) Guggenheim in Bilbao. The story goes the owners at Marqués de Riscal sent him a bottle of wine from the year he was born,1929, he was so tickled he agreed to the commission , we also hear that the purported $10 million cheque attached might have played a small role. 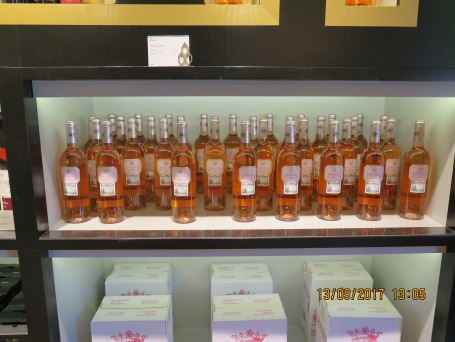 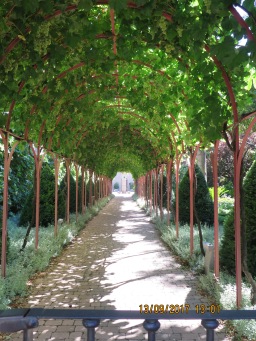 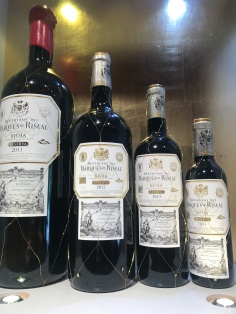 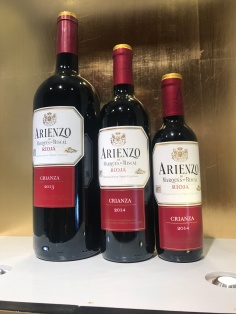 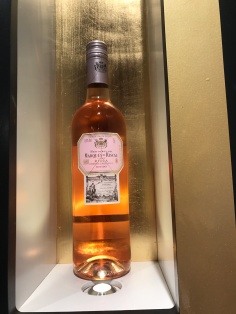 Anyway,  it is really impressive except you have to pay to see it. You can only visit it with a guided tour and it’s pricey. You cannot get near it to take pics, all heavily concealed behind trees and gates. So instead we wandered around the beautifully designed shop, selling not only wines of every hue and vintage,of jewellery, lampshades, coffee mugs etc. We watched wealthy ( by ZAR  standards) tourists throwing down plastic to buy very expensive packs of wines and souvenirs. We bought a small bottle for a present(secret) and then we made a plan. A plan to find a way to take pics without paying for a tour. Parsley’s Pursuits on a mission to photograph this marvelous architecture for free. We drove around the back roads , we even stopped in the middle of the road when we glimpsed a good spot and just shot it out the car window. Then around the back we found a spot for even better pics, see for yourself. Huh! No getting away from us. 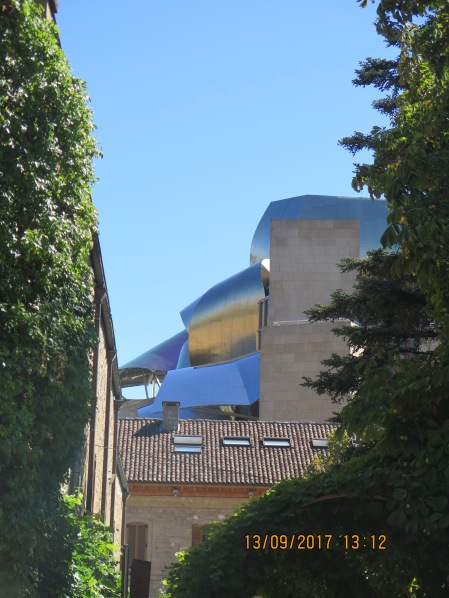 A sneaky glimpse from the driveway, Marqués de Riscal, Rioja 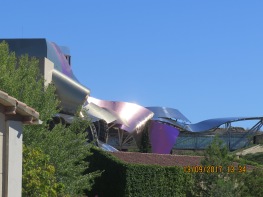 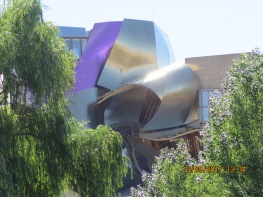 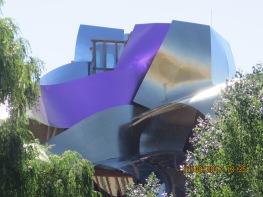 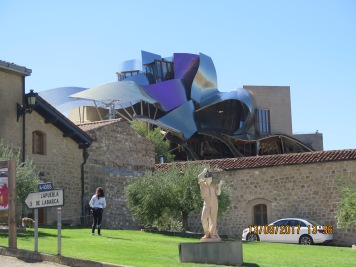 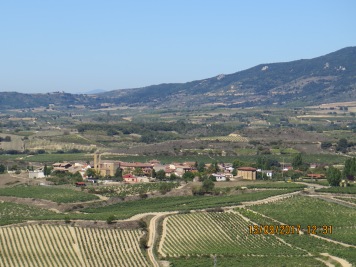 We had decided to go a long way around to San Sebastián, to avoid toll routes. Not just the boooodget, but because you see much more through the small towns and villages. So we meandered our way though the countryside, until just after 2 when we came upon a dam wall and a magnificent lake behind it. The sun was shining the water looked glorious and we thought we might stop and find a place to eat. We only need to be in SB by 5pm so taking our time. 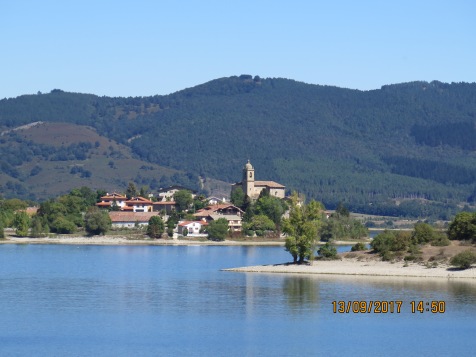 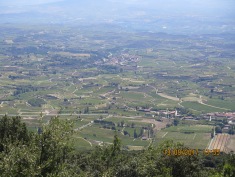 The View!! Rioja in all its glory 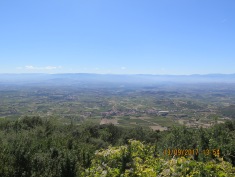 Here at the unassuming looking yacht club we found a terrace overlooking the dam with a menu del dia( menu of the day)  for €15, this included wine, bread and 3 courses. Pity, Chris could not drink, shame!  The service was slow, but who cared. The food was delicious and the sun was warm. We had tuna salad , stewed calamari in red Rioja, entrecôte, flan and a sort of lemon icy sorbet smoothie. 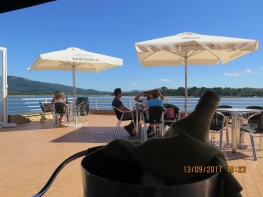 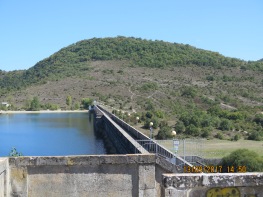 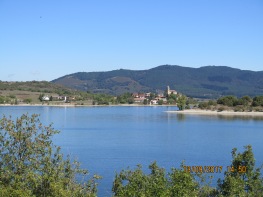 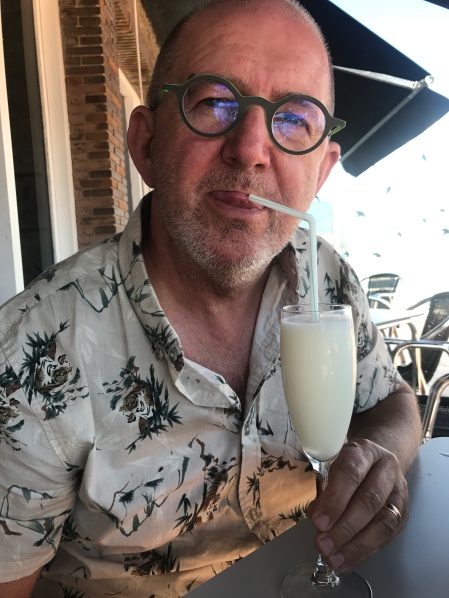 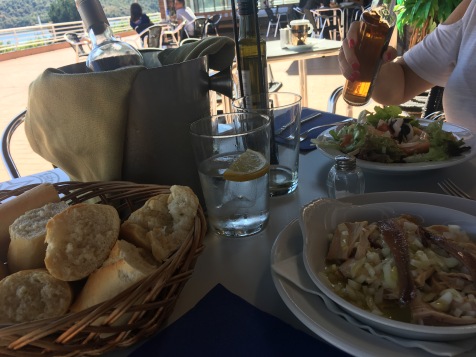 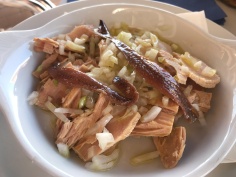 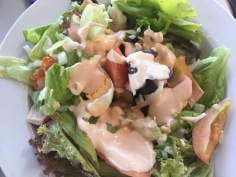 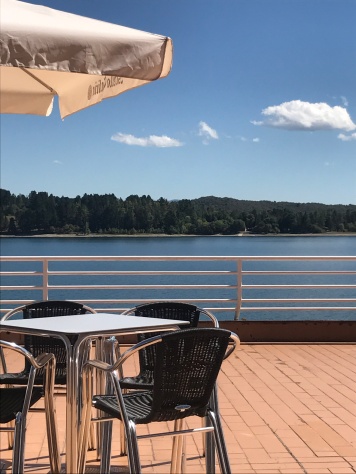 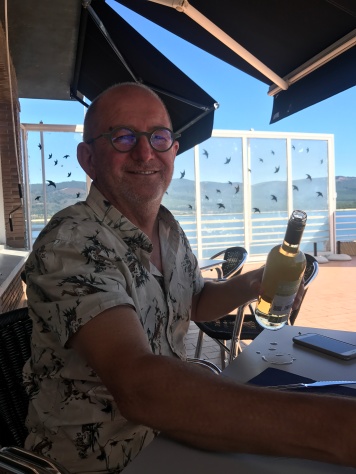 For €15 it was a barg!But sh1t! Now it is already 4.30pm, oops message the airbnb in San Sebastián to tell them we are running late, get onto the highway ( pay the damn tolls) and get moving. We reached San Sebastián or actually Gros where we were staying at 6pm, but more about that next time.